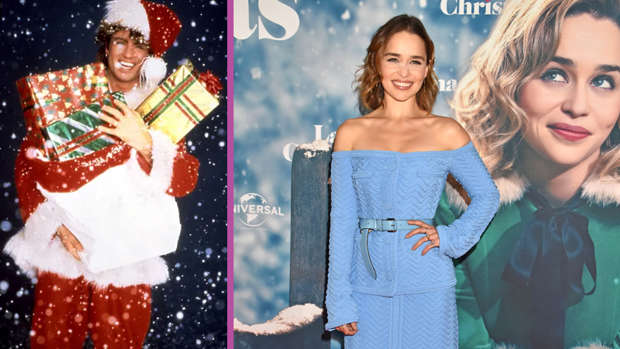 Speaking about her role in the Paul Feig-directed film, Emilia told 'Entertainment Tonight': "I don't do my own stunts but I do do my own singing.

Regram from @paulfeig: I love this new poster for @lastchristmasthemovie. Can’t wait for you all to see this movie! I’m very proud of it. 🎄🎄🎄❤️❤️❤️

"[But then] I kind of realised that the words that I were saying were so poignant for the character, and that I was telling her story, and it's just that George Michael was giving me the vehicle with which to do it."

The pop legend's music plays a central role in the new film, and Henry has explained his importance to the project.

He shared: "George Michael is literally [like] another character in the whole movie."

Meanwhile, Emilia recently revealed that she got George's blessing to make 'Last Christmas'.

The Oscar-winning actress - who penned the festive romantic comedy movie around the singer's music - revealed that before his passing, George was all for the movie and its social message.

She said: "[George] was just the loveliest guy you could imagine. [He loved] all of these themes in the movie; he was passionate about homelessness, and he had this great social conscience.

"I got really enthused and we started to write, and then - of course - he had that tragic early death in 2016, on Christmas Day.

"So we lost him, and I miss him so much. I wish he was here because I know he'd love it, because the film's like being hugged, and all of his music - we've got 15 of his songs, including a new one at the end - is so cool."

The movie is set to feature 15 tracks from George Michael and Wham!, including an exclusive brand new song by George, titled 'This Is How (We Want You To Get High)'.

The movie is set to be released on November 7, alongside both the CD and vinyl.