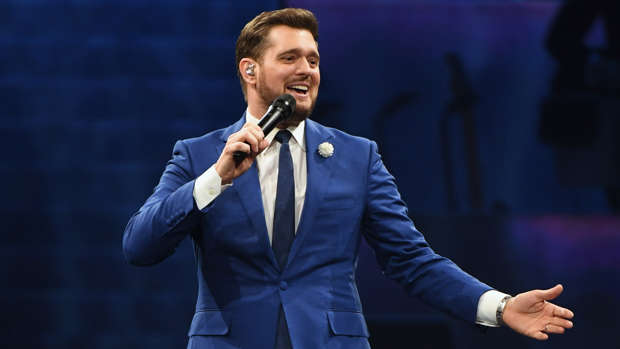 Our guess was correct!

The incredibly talented Michael Bublé has just announced he's heading down under for ONE show only in New Zealand.

As part of his 'An Evening with Michael Buble' tour, the 43-year-old will be performing at the Mission Estate Winery in Hawke’s Bay as well as arenas in Brisbane, Sydney, Adelaide, Melbourne and Perth in February 2020.

Plus, he will be bringing a 36-piece orchestra with him for the tour, which has received rave reviews overseas.

Announcing the show, Bublé said he was thrilled to be playing all of his hits plus songs from the most recent album for New Zealand audiences.

"I’m really excited to be heading back on tour and to play for my New Zealand audience again," he said.

"It’s been six years since my last New Zealand show and so much has happened in that time. I can’t wait to sing some of my all-time favourites and to share my new songs and stories."

The crooner was last in New Zealand in May 2014, when he played Auckland.

His concert is one show we would not want to miss!