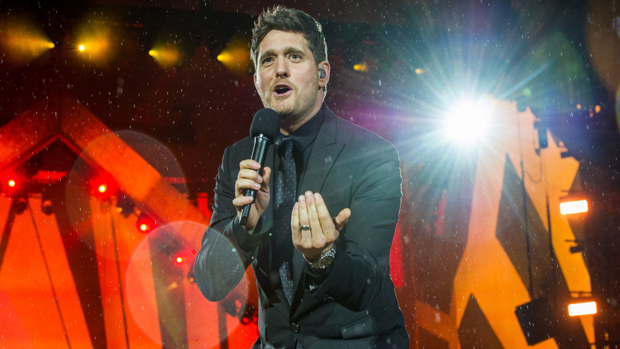 Everyone's favourite Canadian crooner has some brand new music on the way, and we should all be very excited.

Mostly noted for his Christmas time heroics, the 'Just Haven't Met You Yet' singer has posted a photo to social media which has certainly got fans talking.

🎶 I’ve got one hand in my pocket, and other one’s holding new lyrics 🎶 Unfortunately my new record is NOT an Alanis tribute album. Sorry to disappoint. Love you @alanis.

In doing so, he also managed a jibe at fellow Canadian singer Alanis Morissette, ensuring fans that his new material isn't an Alanis tribute.

Bublé initially teased his new album back in May, but he has since been tight-lipped on when we can expect it.

Here's hoping that it isn't too far off, or we may be whipping out the classic Christmas album instead!