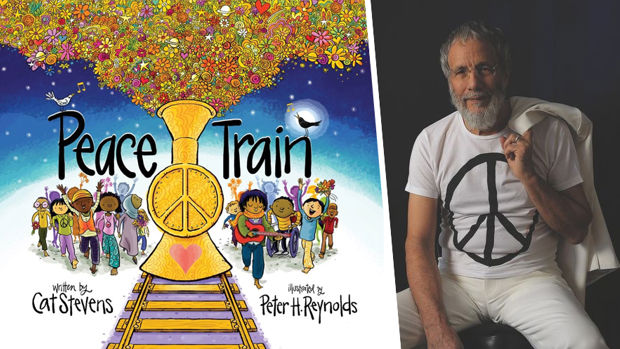 Fifty years ago 'Peace Train' became one of the most iconic hits from the '70s - and now fans of Yusuf/Cat Stevens' beloved song will be able to share its message with their kids.

In celebration of his 1971 peace anthem from his Teaser and the Firecat album, the singer-songwriter has released a kids' book, Peace Train.

"I wrote these lyrics more than 50 years ago, and I know the words still boom as true and loud today as they did in the 1970s," the 72-year-old said about the book, which is illustrated by Peter H. Reynolds.

He continued: "It's incredible to see how Peter Reynolds has made the words jump into life in brilliant style for a new generation with his joysome illustrations."

While Reynolds added: "One of my first albums was a Cat Stevens record when I was a boy. His lyrics moved me and inspired me to forge my own 'rails' to create meaningful picture books for all ages.

"Peace Train's powerful message is more important than ever, and I'm beyond honoured to collaborate with Yusuf on this 'duet.'"

Following the release of the children's book, Yusuf took to social media for a beautiful read aloud/sing aloud of the picture book.

Such a powerful message.