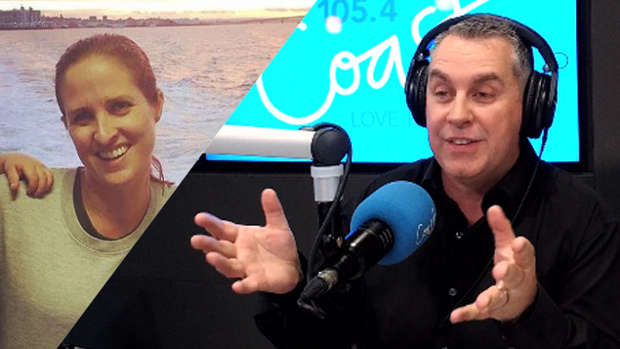 Over the weekend, a new study revealed thousands of guys say it’s completely normal (and necessary) to shave or trim their armpits.

So what did Jase's wife, Louise, have to say when he pitched the idea to her?

Well, it is safe to say her reaction was priceless ...

"Babe, I'm going to shave my armpits," Jase can be heard telling her at home last night.

"What? Why do you need to shave your armpits?" Louise asked.

"Because it's a good look," Jase responds.

"Nooooooooo!" Louise replies, before adding: "That could be REALLY itchy."

As Bernie was quick to point out: "What I love about Louise is that her first reaction is 'nooooooo' but then she put on her Health and Safety officer hat and she was worried that you might get a little bit itchy and scratchy."

"That would be the least of my worries!"