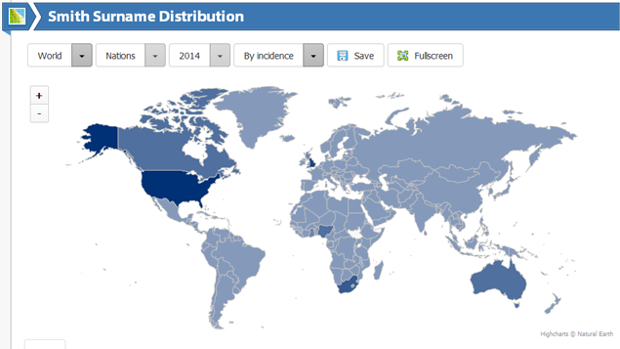 Normally sites make you pay for stuff like this but there is a FREE site called Forebears which maps out mentions of some 11 million surnames!

It even lists the most popular surnames by country, highlight how many times the last name’s occurred in countries, and list off various permutations and spellings of the last name that may have also appeared.

There’s also information on what the last name means, in which country you’ll find the highest concentration and incidences of people with that last name, and so on. To see all the info EVER on your last name, visit Forebears HERE. Down the left, click "surnames".