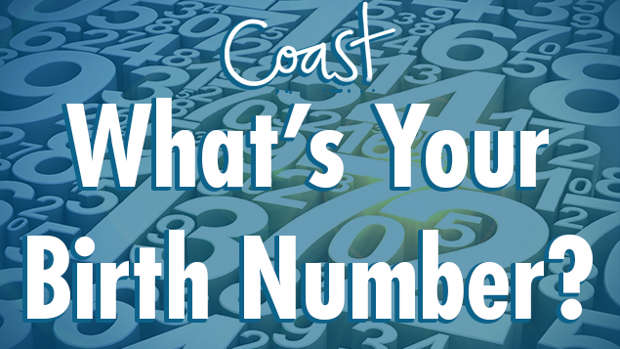 
What do all these numbers mean exactly?

#1 – THE ORIGINATOR The originators are original people who naturally execute new ideas without difficulty. They have a tendency to be a little bit arrogant though. They’re honest, but have trouble accepting the ideas of others. Famous 1′s: Tom Hanks, Robert Redford, Hulk Hogan, Carol Burnett, Wynona Judd, Nancy Reagan, Raquel Welch.

#2 – THE PEACEMAKER The peacemakers are born diplomats. They’re keenly aware of what others need and often thing of others before themselves. They dislike being alone. They value strongly friendship. They can be shy but should learn to boost their self-esteem by finding validation from within. Famous 2′s: President Bill Clinton, Madonna, Whoopee Goldberg, Thomas Edison, Wolfgang Amadeus Mozart.

#3 – THE LIFE OF THE PARTY These folks are creative, social, charming and easy going. They often have trouble seeing project through to the end. They like to see other people happy and will do what they can to make it a reality. They tend to be popular. But they tend to view the world through an unrealistic lens. Famous 3′s: Alan Alder, Ann Landers, Bill Cosby, Melanie Griffith, Karen Round butt, Salv! ador Dali, Jodi Foster

#4 – THE CONSERVATIVE The conservatives love tradition, tend to be routine, and enjoy order and routine. They like working hard and getting their hands dirty. They enjoy the outdoors and nature. They have a tendency to be stubborn and should learn to be more flexible and nicer to themselves. Famous 4′s: Neil Diamond, Margaret Thatcher, Arnold Schwarzenegger, Tina Turner, Paul Hogan, Oprah Winfrey

#5 – THE NONCONFORMIST The nonconformists are explorers. They dance to their own tune, but tend to ostracize others. They have trouble dealing with ‘the man’ and in many ways would rather be left alone. #5s should remember the value in being able to work with others. Famous 5′s: Abraham Lincoln, Charlotte Bronte, Jessica Walter, Vincent VanGogh, Bette Midler, Helen Keller and Mark Hail.

#6 – THE ROMANTIC Romantics feel like they need to be useful and happy at all times. Family is important to them and they have a strong urge to take care of others. They’re loyal and make excellent teachers. They need to remember to focus on what they can change, not what they can’t. Famous 6′s: Albert Einstein, Jane Seymour, John Denver, Merlyn Steep, Christopher Columbus, Goldie Hawn

#7 – THE INTELLECTUAL The intellectuals are the searchers of hidden information. When they uncover something new, all they want to do is share with the world. They’re unswayed by their emotions. Decisions come from logical conclusions for them. They tend to believe that slow and steady wins the race. They tend to be very philosophical. They tend to keep secrets, but should take care to realize that not everyone is as passionate about their scholastic interests. Famous 7′s: William Shakespeare, Lucille Ball, Michael Jackson, Joan Baez, Princess Diana

#8 – THE BIG SHOT 8′s are the problem solvers. They tend to be professionals and hold their accomplishments in high regard. They take pride in their work, but should be careful not to become power hungry. Famous 8′s: Edgar Cayce, Barbara Streisand, George Harrison, Jane Fonda, Pablo Picasso, Aretha Franklin, Nostrodamus

#9 – THE PERFORMER 9′s are entertainers. They tend to be generous and caring, often giving away the last of their money to help others. They’re charming and rarely does a stranger remain that way for long. They change often and blend in. They enjoy having a loving foundation, but should learn greater independence. Famous 9′s: Albert Schweitzer, Shirley MacLaine, Harrison Ford, Jimmy Carter, Elvis Presley