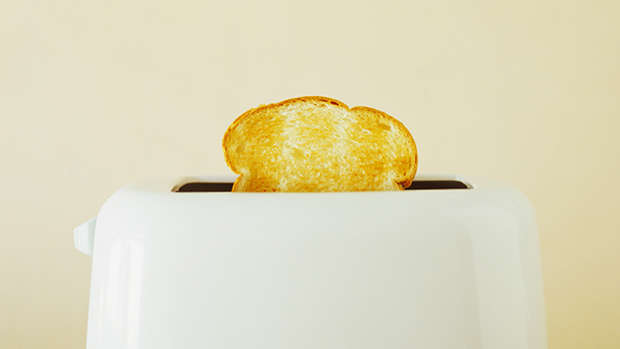 Everything will give you cancer.

That's the conclusion many of us will have come to with a sigh on hearing the news this week that crispy roast potatoes and well-browned toast is to be avoided if we want to lower our cancer risk, writes Niki Bezzant.

This is not really news: it has been known for some time that acrylamide - a chemical that forms when some starchy foods are fried, baked, roasted or browned - is a concern for health, although to date the evidence has been in animals, not humans.

But just this week the UK's Food Standards Agency has launched a campaign to help people reduce their acrylamide exposure, calling it a "possible carcinogen".

Because acrylamide is a naturally occurring byproduct of the cooking process (not something added to food) the UK campaign centres around cooking methods and how to avoid over-browning.

"Go for gold" is the motto; to be used as a general rule of thumb when cooking.

In other words: aim for a golden yellow colour or lighter when frying, baking, toasting or roasting starchy foods like potatoes, root vegetables and bread.

We don't have a similar campaign in New Zealand, although MPI does publish tips for reducing our exposure, including soaking or blanching potatoes before roasting and not storing spuds in the fridge. They also say to toast bread to "the lightest colour acceptable to your taste".

This is potentially bad news for those of us who like very well-done toast or well-roasted, crispy roasties.

Acrylamide is also in coffee, and there's not much that can be done to reduce it without altering the coffee's taste.

So do we have to resign ourselves to a life of pale potatoes and soft, floppy toast?

I guess, if we wanted to be super-careful with our risk of cancer, it might not be a bad idea. But in the real world, for real people, this is about managing risk. Just as it is with other things that carry cancer risk.

And here's where we get to the bigger picture.

Our exposure to acrylamide - as pointed out by toxicologist Professor Ian Shaw in an interview on Radio New Zealand - is in general far below a concerning level.

He said he won't be pulling the plug on his Friday night fish and chips.

He suggested that rather than worrying about our spuds and chips giving us cancer, we'd do well to pay attention to the really big things that we know are increasing our risk: smoking, alcohol, obesity and sun exposure.

Addressing those ahead of anything else can make a really big difference for the one in three of us who'll be affected by cancer in our lives.

So I won't be avoiding my favourite treat of potato chips.

I'll enjoy my chips in moderation knowing when it comes to cancer risk, we have far bigger fish - or potatoes - to fry.