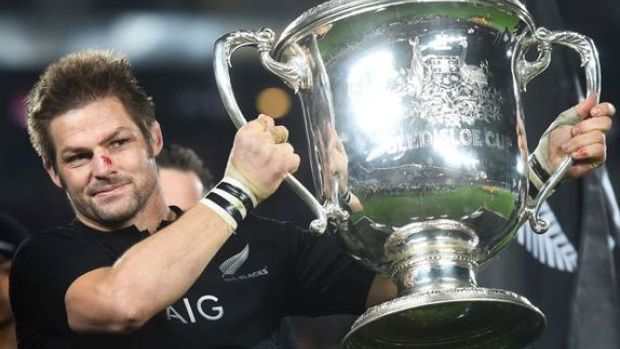 All Blacks captain Richie McCaw and coach Steve Hansen will be offered knighthoods following New Zealand's World Cup triumph, but the timing will depend on when they retire, Prime Minister John Key says.

McCaw, 34, has already turned down the honour once, after New Zealand's 2011 tournament win, saying he did not feel it was right to accept while he was still playing.

John Key says the offer would remain on hold until McCaw decides his future.

"If he really does hang up his boots, I don't think he is philosophically opposed to taking the knighthood," Key told NZ Herald.

"He says he shouldn't do that while he is a playing player."

McCaw, international rugby's most capped player with 148 Tests, is widely expected to bow out after leading the All Blacks to an unprecedented back-to-back World Cup double.

But he has kept everyone guessing by refusing to definitively call time on his career, saying after the final: "If you get moments like this, why would you ever call it a day?"

McCaw has been lauded as the greatest All Black ever by coach Hansen, who Key said was also in line for a knighthood.

The coach's future is not set in stone either but he has hinted he will step down when his contract expires in 2017 and Key said he would probably be offered a knighthood upon retirement.