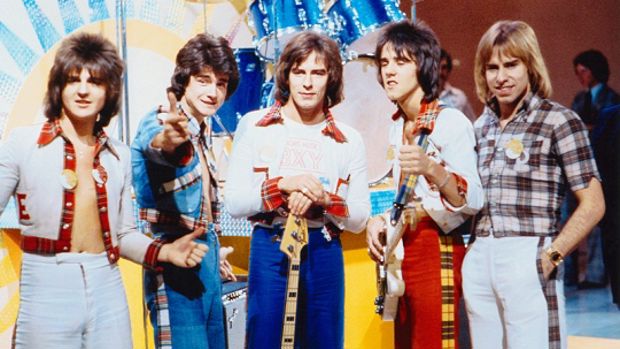 Alan Longmuir, a founding member of the Bay City Rollers, died early Monday after a brief illness, according to the BBC. The group were a pop sensation in the mid-1970s — a Tartan-clad early boy band who played up their Scottishness — via a series of chart-topping U.K. singles like “Bye Bye Baby” and “Shang-a-Lang,” and their U.S. breakthrough, “Saturday Night,” which hit No. 1 in 1976.

Longmuir (pictured above, centre) formed the band, initially called the Saxons, in Edinburgh in 1966 with his younger sibling and drummer Derek. The group’s best-known lineup, which featured McKeown and guitarists Eric Faulkner and Stuart Wood as well as the Longmuirs, came together early in 1974. According to legend, the group chose its name by throwing a dart at a map, which landed on Bay City, Michigan. At the peak of their success the group had their own television show and a fanbase known as the “Tartan Horde.”

Longmuir died three weeks after being flown home from Mexico, where he fell ill while on vacation with his wife, the BBC said. McKeown said he’d visited his longtime bandmate in the hospital recently. “Alan was a true gentleman and a brilliant musician,” he said. “He was a brilliant guy, never had a bad word to say about anyone. We are all going to miss him so much.”

The group sold an estimated 120 million records, but Longmuir quit at the height of their success in 1976, citing pressure. The other members soldiered on with a replacement for two more years, and finally split in 1978. They reformed on several occasions over the following years with a variety of lineups, including one with Longmuir, McKeown and Wood in 2015.