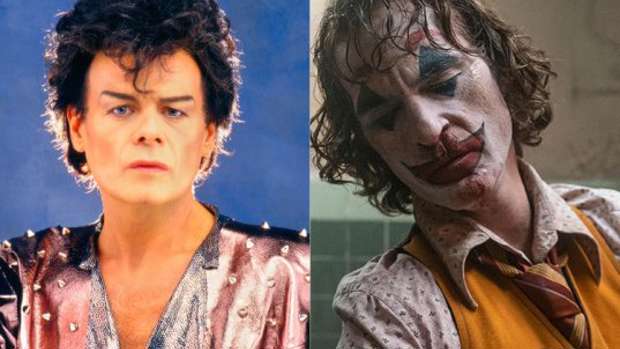 The controversial movie Joker has just got a little more controversial with the news that its success could land the jailed paedophile Gary Glitter a financial windfall.

The disgraced rocker has a song on the movie's soundtrack which could earn him hundreds of thousands of dollars.

The 75-year-old singer's track Rock and Roll Part 2 plays for two minutes during a key scene in the movie. Glitter, whose real name is Paul Gadd, received a lump sum payment for allowing the song's use but The Sun reports that he will also get royalties based on the success of the movie and from future DVD and soundtrack sales.

Despite mixed reviews Joker has been a box office hit, making US$93.5million in America and setting the record for highest October debut. According to Variety the movie has made US$235million worldwide so far.

Outrage is growing over Glitters potential payday. The disgraced singer and convicted paedophile is currently serving a 16 year sentence in the UK for attacking three girls. He was found guilty in 2015 of attempted rape, four counts of indecent assault and one charge of having sex with a girl under the age of 13.

At his sentencing the judge said, "It is difficult to overstate the depravity of this dreadful behaviour".

Glitter had been previously jailed in 1999 for possession of child pornography, and in 2006 he was jailed for two years in Vietnam for molesting two girls aged 11 and 12.

It is not Glitters first payday since being jailed. In 2013 it was estimated he earned almost $2million in royalties after rock band Oasis used his lyric, "Hello, hello, it's good to be back," in their song Hello. The song, which is on their hit album (What's the Story) Morning Glory?, also saw them paying out almost $400,000 for copyright infringement.