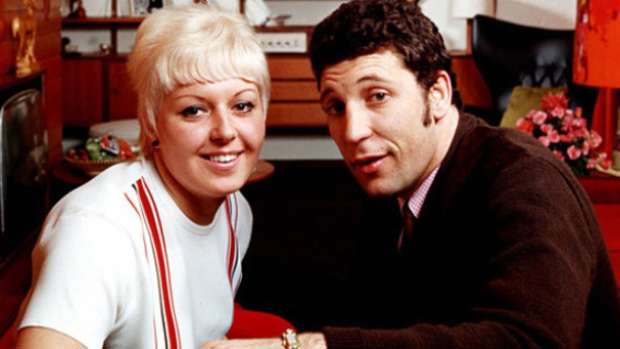 Sir Tom Jones's wife of 59 years, Lady Melinda Rose Woodward, has died after a "short but fierce" battle with cancer.

She died on Sunday, surrounded by her husband and loved ones, a statement said.

The statement from Live Nation continued: "Sir Tom and his family have asked for privacy at this difficult time and no further information is currently available."

Known as Linda, she died at the Cedars-Sinai hospital in Los Angeles.

Sir Tom, 75, recently cancelled a number of his tour dates in Japan, Thailand, South Korea and the United Arab Emirates.

A statement said it was due to "serious illness in his immediate family".

The former Voice coach and Lady Linda, as she was nicknamed, had been married since 1957, and have one son, Mark.

She was his childhood sweetheart and they had known each other since they were 12.

They were both the children of coal miners in South Wales.

The couple started dating at the age of 15, and married a year later when they were both 16 in 1957.

That same year, their son Mark was born.

In his 2015 autobiography titled Over The Top And Back, Sir Tom revealed they wanted more children, but a miscarriage had left Lady Linda infertile.

During an interview with American TV personality Larry King in 2015, the What's New Pussycat singer addressed criticism about not including anything on his alleged affairs in the autobiography.

He said: "I don't think it's important. It's not what has made me. I've always looked at entertainers as 'why is that person where he or she is?'

His reported long-term liaison with Mary Wilson of The Supremes was documented in her book, Dreamgirl: My Life As a Supreme.