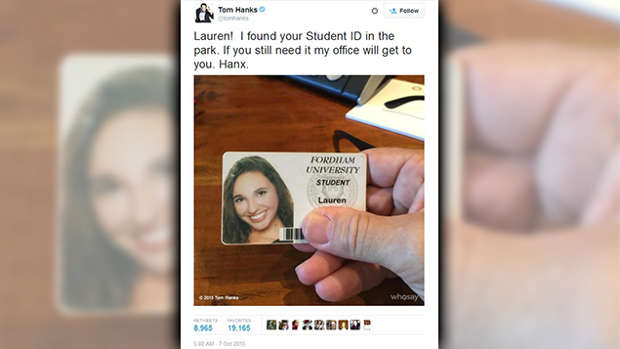 Yesterday Tom Hanks tweeted a picture of a student's ID which he found in Central Park, New York.

Well according to CBS in New York, she has now been found.

She said she was out running in Central Park on Monday when she must have dropped the card.

“I have not spoken to Tom Hanks personally, if he has my ID and would like to give it back I will surely meet him to do that,” she added.