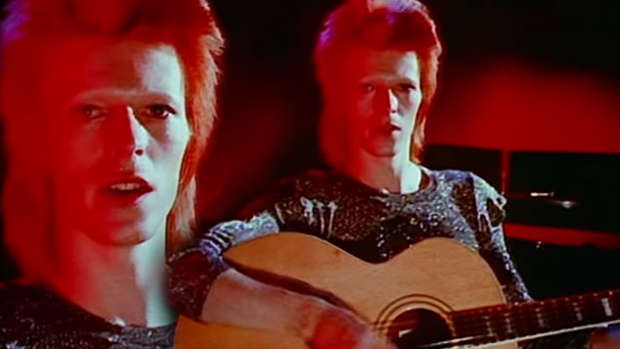 Space Oddity was originally released as a 7-inch single on 11 July 1969. It was also the opening track of the album David Bowie.

The song was written around the time of great interest in space flight. Just a few days after the song was released The United States' Apollo 11 landed its first successful manned trip to the moon.

In December 1972, Mick Rock shot a video of David Bowie miming to the June 1969 recording of Space Oddity, during the sessions for Aladdin Sane. The resulting music video was used to promote the 1973 US reissue of the Space Oddity single on RCA.