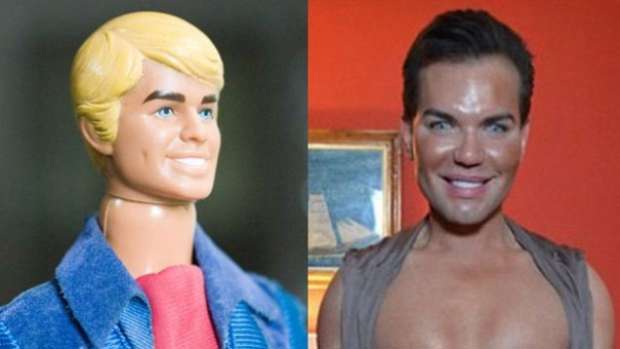 It started with a nose job.

The 31-year-old air steward, who lives in London, has had liposuction, six-pack implants, Botox, and calf-shaping in his bid for toy-like "symmetry".

With UK doctors refusing to perform any further procedures, Alves this week flew to Colombia, where surgeons performed a whopping six-in-one op. This included his fourth nose job, an eye lift and a mouth-widening procedure.

Despite all this, Alves, who has been diagnosed with body dysmorphia, says he still plans further plastic surgery.

"Once you start, it is difficult to stop," he told the Daily Mail. "Naturally I'm a perfectionist. It's like a snowball effect and I'm not going to stop