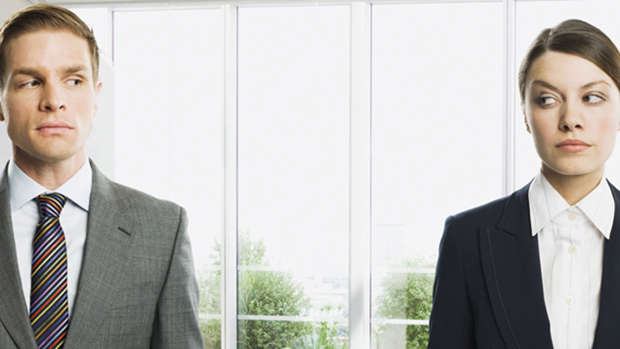 We all know about the gender pay gap, but new research has found that it gets significantly worse when women hit age 32.

If you're in your 20s, now is the time to save up and think about your long-term investments, because in a few short years men will start to out-earn you.

The research found that age 32 is about the time people start to get major promotions, but because sexism is still alive and well, women are getting overlooked for these positions, so men are then given these higher roles and then earning more money.

Apparently, at age 31, women are making about 90 percent what men are making, when we hit age 40 we'll only make 82 percent as much as men.

Don't get this wrong, the pay gap still exists when we're younger, it just gets BIGGER as we get older.

And this isn't because women are dropping out of the job market, it's simply because of the "manager divide" which sees more men get managerial positions.

What can we do about this? Well first up, if you think you should be earning more money, straight up ask for it, the worst thing that can happen is that your boss says no.

If a promotion comes up, be active in trying to get the role, if you think you deserve it make your manager see that.