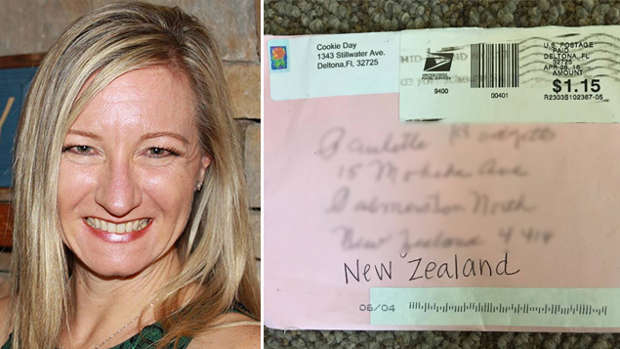 This is a pretty cool story!

The letter below first arrived at Jeannine Tayler Stack's home on Long Island a few weeks ago. When she dropped it off at the post office to be re-mailed, it showed up in her mailbox again a week later.

Once again, she took it back to the post office, handed it to the postal worker and explained to them the letter was meant to go to "New Zealand".

Weeks later it arrived back in her mailbox!

Now Jeannine is looking for the sender and the receiver of this letter. Do you know who Paulette is?