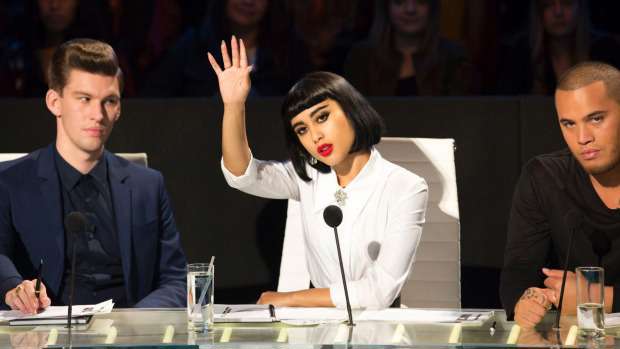 The duo join forces in a band called Cruel Youth, who debuted their new single Mr. Watson this week.

Sinclair penned a note to be published alongside the offering, detailing her evolution and describing the track as a "narcotic lullaby".

A new sound is just one change since the disgraced X Factor judge left New Zealand under a cloud of controversy last year.

Sinclair and her husband Moon have been keeping a low profile since being booted off the reality TV show for ripping shreds off Southland contestant Joe Irvine.

During a harsh commentary she accused the contestant of copying her husband, calling him a "laughing stock" among other insults.

New Zealanders immediately responded, with backlash against the bulling tactics forcing the couple to retreat.

Breaking her silence on the " truly regrettable situation" she described how flying back to New York was the catalyst for fresh projects.

Following the incident she threw herself into working on Rebel Heart with Madonna.

She also toured the world with Rihanna and co-penned the song Kiss It Better on her new album, Anti.