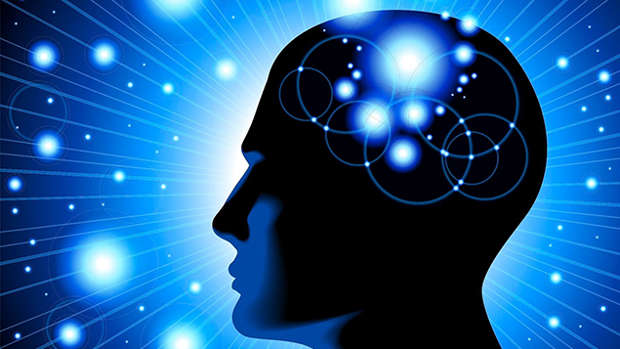 If you thought your life was over when you hit 40 or 50, then we've got bad news - it may have happened much earlier...

After the dramatic growth spurts of your childhood and teenage years, by the age of 25 your brain has hit peak performance. It's also at its heaviest - around 1.3kg - and the best it will ever be at storing, cross-referencing and recalling information.

As a result, 20-somethings perform better than any other age group at remembering names, phone numbers and holding numbers in their heads long enough to do mental arithmetic.

Studies are finding that young people are becoming increasingly forgetful, often because they are trying to do too much. Researchers at the University of California found that using mobile phones, computers and other gadgets at the same time prevents you processing and storing information properly.

Scans reveal this may be because the hippocampus, a part of the brain vital for forming new memories, is used less when people are distracted.

Your face may still look youthful at 30 but the brain's ability to remember things is already declining.

This is due to falling levels of the chemicals that relay messages between your brain cells. Your brain is now also shrinking about 2 per cent every decade, as cells die in the prefrontal cortex, an area important for forming new memories and learning.

As this is the age most women start families, they may also be hit by "baby brain", which scientists believe is a genuine phenomenon.

It's thought the surge of hormones that comes with pregnancy, birth and breastfeeding - especially the "bonding hormone" oxytocin - makes new mums more absent-minded.

In one study, researchers at the University of Bradford compared a group of women who were pregnant with a group who were not, and found the mums-to-be did much worse on memory tests - and were just as forgetful three months after they had their babies and their hormone levels returned to normal.

Have you ever stood in line at the cashpoint, only to forget your PIN when you reach the front? Embarrassing as this may be, it isn't a sign of approaching dementia. You are just normal for your age.

A study by the Mayo Clinic in the US found almost all us have experienced declining memory by the age of 40.

The most likely reason is that the hippocampus slowly shrinks from the age of 30 through to the mid-60s. There is also a loss of nerve connections stretching between brain cells, which means that it takes longer to retrieve information.

It's at this age that people increasingly start to worry they are showing signs of Alzheimer's. Figures from the Royal College of Physicians show a four-fold increase in the number of patients worried they have degenerative brain diseases, even though tests find that most are simply absent-minded. So why do so many 40-somethings find it difficult to remember simple facts?

The problem is likely to be data overload brought on by modern life.

We all have to discard unnecessary information from our short-term memories in order to store more, so some things are forgotten.

Professor Michael Saling, of the University of Melbourne, who has researched PIN amnesia, says: "The working memory can hold only about seven things at one time. Because devices we use have perfect memories, there is almost an expectation building that we, too, should have perfect memories."

However, scientists have found in middle-age people start using both sides of the brain more efficiently.

Going upstairs to look for something then forgetting what it was feels alarming, but such memory lapses are normal for the average 50-something.

The likely reason is that your prefrontal cortex - the area of the brain that holds memories you only need to keep for a short time - continues to shrink with age, partly because narrowing of the arteries may reduce blood flow to the brain.

However, your acquired knowledge means you are more likely to be an asset for the pub quiz team and a whizz at solving crossword puzzles.

The ability to recall general knowledge and remember the right words peaks between the ages of 45 and 55. A number of large-scale, long-running studies have found vocabulary accumulates over time and is practised so much that it doesn't decline until much later in life, possibly because it is stored across a range of brain regions.

Men reach their peak performance at factual recall in their 50s, while women get there in their early 60s. This is because women's memories temporarily deteriorate during the menopause, which hits most women at around the age of 51, as falling levels of oestrogen in parts of the brain affect concentration, recall and mood.

The effect is only temporary, though. A 2009 study published in the journal Neurology found that when women's hormones started to settle after menopause, their memories were as good as before.

We call them "senior moments" and they do occur more often in our 60s. Tip-of-the-tongue experiences, where you know a name but can't quite recall it, happen about once a week for young adults under 30. For people in their 60s, it's more like once a day.

Knowledge is stored in many different parts of the brain, and it now takes longer to make the connections and retrieve what you need.

Studies looking at images of brain activity in older adults have found they find it harder to re-engage if prevented from completing a task, such as reading a recipe or filling in paperwork. They are less able to ignore distractions, then focus once more on the same brain network they were using before, according to scientists at the University of California.

Now is the time to get really efficient at making lists.

If the average 79-year-old is given a string of 10 unconnected words, he or she recalls only about five after a single reading, memory tests have shown. Most 25-year-olds, in contrast, can recall almost all of them.

In this decade, you may also need to call on your car's satnav more than you used to, even if travelling somewhere familiar.

Research has found that the visual memory you need to follow a route declines by 30 per cent by this age. Many 70-somethings also complain that it's easier to remember an incident from decades ago than to recall what they had for dinner the day before.

The reason is that vivid, important life events - "flashbulb moments" - are encoded in your brain when you experience a surge of feelings.

This reaction also triggers the amygdala, a primal part of the brain activated by powerful emotions, setting such occasions more firmly in your long-term memory.

Although the decline in memory does speed up now, mainly because the flow of blood and oxygen to the brain is not as good as it once was, only one person in six aged 80 and over has dementia, according to the Alzheimer's Society.

Most dementia patients are taken to see doctors by worried family members who have begun to notice serious changes, while those affected are not themselves aware of the decline.

The good news is it's never too late to improve your memory. Learning to play complex video games, taking regular exercise that stimulates the flow of blood to the brain, and eating oily fish have all been found to make an appreciable difference.

Scientists have found that what is called procedural memory - the ability to recall routine skills such as cycling, playing tennis or swimming - does not fade with age.