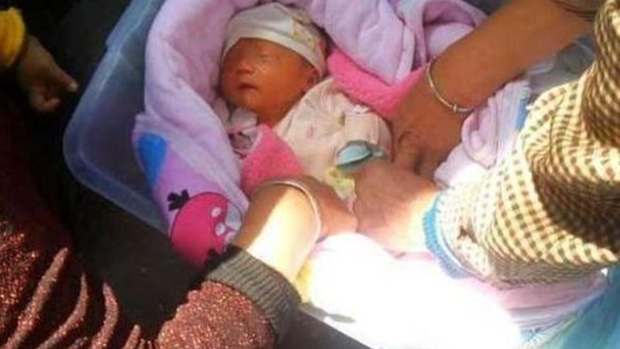 A young mother has been praised after coming to the aid of an abandoned infant found in a storage box on a street in China.

According to People Daily Online, the 26-year-old woman, a new mother herself, took the crying baby into her arms, sat down on the curb and began to breastfeed her.

By the time police arrived at the scene the baby was quietly lying in the breastfeeding woman's arms.

Read the full story at nzherald.co.nz.