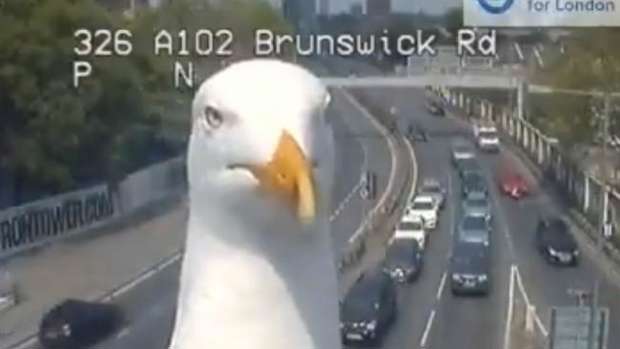 We all know how important traffic-based updates are.

But as important as they may be, we bet traffic updates and the word 'viral' are two things you'd never expect to put together.

However, two seagulls have rapidly become internet sensations after they repeatedly photobombed a traffic camera on Brunswick Road in east London.

In photos and a video shared to Twitter on the TfL Traffic News account, the roaming reporters have can be seen staring directly down the lens of a traffic camera.

Of course, the people of Twitter used the seagulls as the perfect excuse to break out some bird puns.

"Always good to get a birds-eye view," tweeted one user.

Another asked: "Is he advising people not to take any left terns?"

Due to popular demand, a quick update from our reporter just north of the Blackwall Tunnel..... pic.twitter.com/NxKVMqGca3

While TfL added: "Our cameras usually give us a bird's eye view of traffic across London, but we'd like to thank our new colleagues Graeme and Steve for helping out at beak times."