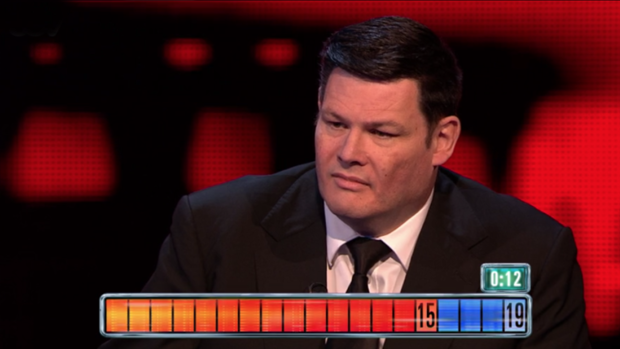 It's something The Chase fans have never seen before ... and they were loving it!

On a recent episode of the much-loved quiz show, viewers were left stunned after two contestants beat Mark Labbett, AKA The Beast, in the final round with him getting a relatively low score of 17.

With £15,000 up for grabs, Liz and Steve managed to bag the prize money with just two questions to spare – and after pushing The Beast back two out of six times - in one of the most intense rounds of quizzing we have ever seen.

And fans were loving it.

"Not a happy Beast there!" a third said.