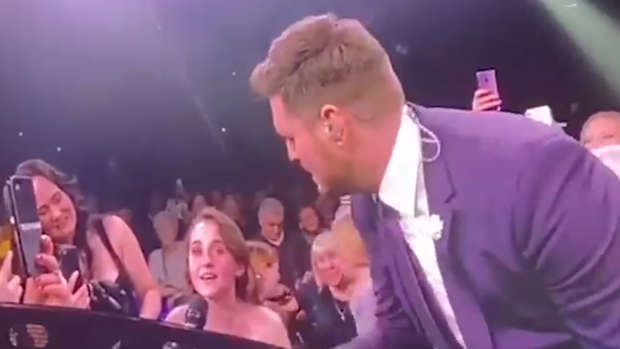 While this week, an 11-year-old has stepped up to the plate and she did not disappoint!

The 'Haven't Met You Yet' singer approached Dannii Wilson to sing alongside him at his Utilita Arena concert in Newcastle.

Passing the microphone to her, the Canadian star told the tween she could sing anything she wanted before she picked 'Never Enough' from The Greatest Showman.

She finished to rapturous applause and a high five from the man himself after she handed back in the microphone.

"That was really good Dannii. You have a beautiful voice. 11 years old, that's really great. Keep doing it!" he told Dannii after her performance.