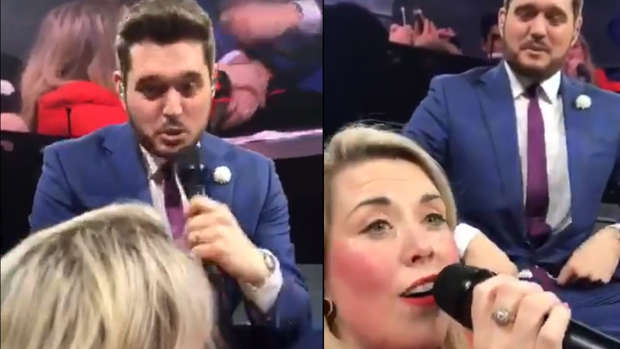 One lucky concert-goer has just had all her dreams come true; as she got to sing for the one and only Michael Bublé!

Susan Colgan, from Scotland, tore the roof off Bublé's P&J Live show after the 'Haven't Met You Yet' singer passed the microphone to her.

Performing a stunning cover of 'Moon River,' made famous by Hollywood icon Audrey Hepburn in Breakfast At Tiffany’s, Colgan blew Bublé and the crowd away with her flawless vocals.

She finished to rapturous applause and a shout of "give it up for Susan", from the man himself after she handed back in the microphone.

Following the concert, the 37-year-old teacher said: "It was a hell of a night. I have a bucket list in my house and one of the things on it was to meet Michael Buble. I’m very lucky.

"My mum made a little sign before we went that said 'please sing with me' and that’s why he noticed us.

"I thought I'd sing Moon River as it’s something so straightforward and classic, and I really didn’t want to mess up. I love all the classic songs and I’ve been a fan of Michael for years."