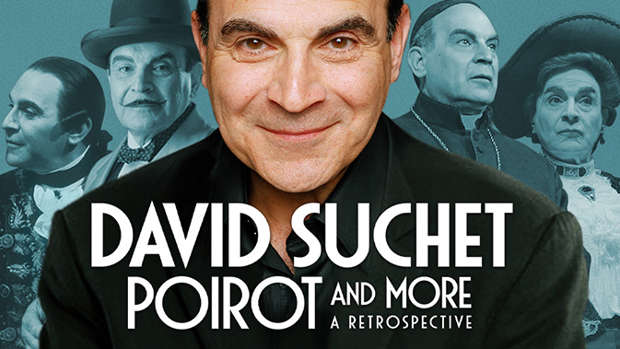 David Suchet makes his eagerly-awaited return to New Zealand stages in Poirot and More: A Retrospective.

He is best known as Agatha Christie’s famous Belgian detective; Hercule Poirot, but there is so much more to discover about one of the world’s most celebrated actors.

Hosted by Jane Hutcheon, join us in conversation with the man, the actor, and his many roles in an unmistakably unique event. A retrospective look at David’s career will have you witness some of his most beloved performances in a new and intimate light.

Audiences and critics are unanimous! - “An inspiration to all. An experience not to be missed!” – Critics Circle

Discover why David Suchet is renowned for not only becoming the role, but also taking on the personalities of some of television’s and theatre’s most fascinating characters.

Take your seat at this once-in-a-lifetime event, as we go behind the screen and curtain with a legend.