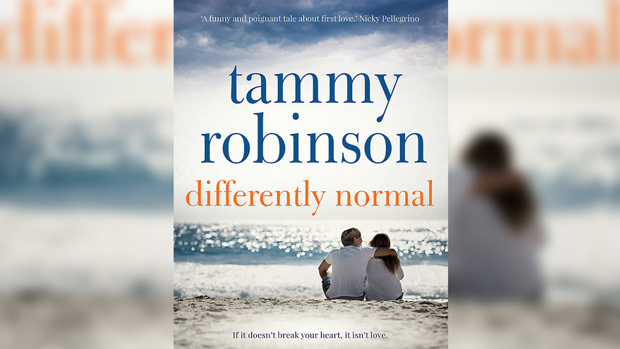 Maddy works at a photo developer’s and dreams of becoming a photographer. Albert loves surfing and indulges his affinity for horses with a job at a Riding for the Disabled stable. In Tammy Robinson’s heartstring-plucking novel Differently Normal, Maddy and Albert, both in the early years of adulthood, meet cute when Maddy takes her younger sister Bee horse-riding.

Bee is on the autism spectrum, and Maddy, who is several years older, has always been her main caregiver, guarding her routine and sense of stability and serving as a human shield between her sister and a world that doesn’t understand her modes of expression, such as the echolalia that has her compulsively repeating lines she hears in movies or on TV. Maddy is the adult in the family of three – to wit, she and Bee are named for Madonna and Beyonce – and the sisters would function just as well without their well-meaning but vulnerable mother.

Flawed parenting is as insistent a theme as young love, with Albert’s policeman father plummeting below the standard of loving semi-competence set by Maddy’s mother and into an abyss of chronic emotional and verbal abuse. He’s a brute and a bully, the kind of man who teaches his son to ride a bike by taping his feet to the pedals, and he has made Albert’s older brother Louis in his own image. Albert is preoccupied by his plan to make enough money to get gone and never return – until he meets Maddy.

Robinson is a storyteller in the Jojo Moyes vein: her writing has a quick, dialogue-focused style, she deals with the Heavy Stuff in a matter-of-fact manner, and she doesn’t go for the pat happy ending, though all loose threads are neatly cauterised. Character is more important than setting – it’s not clear even in which country the story takes place – and Maddy’s line of work puts the timeframe somewhere in the pre-smartphone age.

The specifics are what get you, like the strange trap of Maddy’s life – her love for her sister and acceptance of her dependence; her unrealised professional ambition; her uncertainty about her future – which is captured in a brief scene where a former schoolmate talks about her veterinary science studies, reminding Maddy that “while everyone else is caught in the fast lane that is life . . . I am stuck on the shoulder . . . stationary”.

The title hints at the autism storyline, but that is more an undercurrent than a dominant theme, and as Maddy tells Albert, it is not only Bee who is differently normal. When your sibling’s peace of mind depends on your presence, it is hard to make friends; sleepovers or spontaneous outings to the movies or mall are out of the question. The first way Maddy gauges Albert’s worth is in his everyday kindness towards Bee and his willingness to take second place, and for Albert, Maddy offers more emotional sustenance than he has had from anyone but his mother.

Differently Normal tackles serious topics without an undue sense of heaviness, and readers of a cinematic persuasion might be reminded, as the third act unfolds, of the acclaimed 2017 film The Big Sick and its exploration of cultural and familiar conflict amid crisis. The tales end on different notes, but the story of Maddy and Albert has a hint of the eternal.

To be in to win a copy of Differently Normal CLICK HERE.