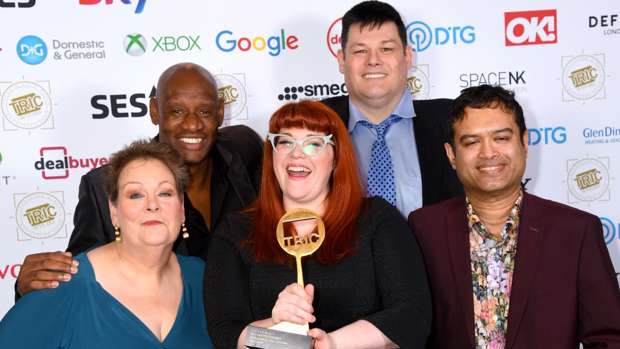 Rumours have been flying around about a brand new chaser who will enter the frame on ITV's hit show, 'The Chase' hosted by Bradley Walsh.

The show, which has been running for 10 years, is fronted by Walsh, whilst contestants battle it out against masterminds to win cash prizes.

Currently there are five regular chasers, with Mark "The Beast" Labbett and Shaun "The Destroyer" Wallace being around since the shows inception. Anne "The Governess" Hegerty and Paul "The Sinnerman" Sinha joined the show in 2012, and Jenny "The Vixen" Ryan being the latest edition having joined in 2015.

Speaking on Good Morning Britain, Walsh teased that the upcoming 14th season of the show will feature a brand new chaser “We’ve got a brand new Chaser coming into another new series now so it just goes on and on.”

When approached by Express.co.uk for comment, a spokesperson for The Chase said: “A new Chaser will be revealed in due course."

Season 14 of The Chase is expected to start in the new year.

Earlier this year, Coast Breakfast's Jase & Bernie were lucky enough to have Shaun "The Destroyer" Wallace  in studio, with Jase going head to head with the master himself.