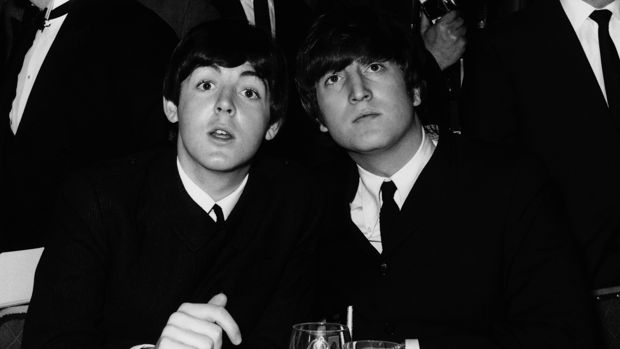 Believe it or not, but today marks 50 YEARS since The Beatles' legendary Abbey Road album - which sold over 14 million copies worldwide - was released.

In celebration of the half-century anniversary, Sir Paul McCartney has opened up about his relationship with John Lennon, revealing he is still visited by his late bandmate in his dreams nearly four decades after his passing.

Speaking on The Late Show with Stephen Colbert, the 77-year-old musician said: "I dream about him. When you've had a relationship like that for so long, such a deep relationship, I love when people revisit you in your dreams.

"I often have band dreams and they're crazy. I'm often with John ... I have a lot of dreams about John. They're always good."

The 'Hey Jude' hitmaker also admitted he forgot how well he and John - who died in December 1980 - got along.

Speaking about a 1968 photo of himself and John taken at Abbey Road by his late wife Linda, he said: "This is me and John, in Abbey Road. It wasn't too long before the break-up of the Beatles; this would be the end of our relationship and, at the end, when the break-up happened, it was kind of sour - very difficult to deal with.

"The rumour started going around that John and I didn't get on well, we were arch-rivals, that it was very heavy and ugly.

"The strange thing is you sometimes get to believe something if it's said enough times. So I used to think: 'Yeah, it's a pity, you know, we didn't get on that well.'

"So this picture is a blessing for me. It's like, this is how we were: this is why we related, or else we couldn't have collaborated for all that time ... Just seeing the joy between us here really helped me, because it reminds me that the idea we weren't friends is rubbish. We were lifelong friends, our relationship was super-special."