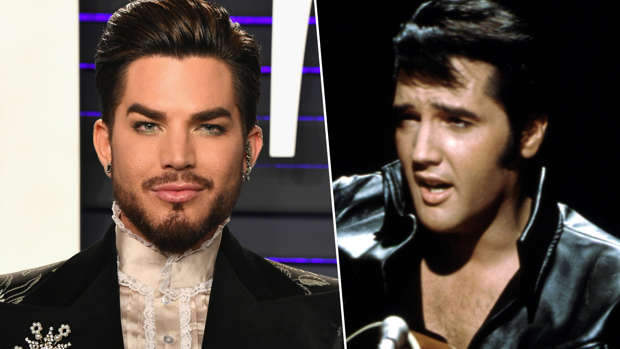 The former American Idol star has revealed he's requested an audition to play Elvis Presley in an upcoming film about the King of Rock and Roll - and we can't think of anyone better suited for the part!

"I hear that there's an Elvis one in the works," Adam said.

"I have been compared to him quite a bit. I got to do this tribute thing that has a recreation of his comeback special.

"I got the lip, the lip goes up," he said, going on to imitate Elvis' thick southern accent.

Tom Hanks is set to play Elvis's longtime manager Colonel Tom Parker in a film directed by Baz Luhrmann, which is scheduled to be filmed in Australia in the coming months.