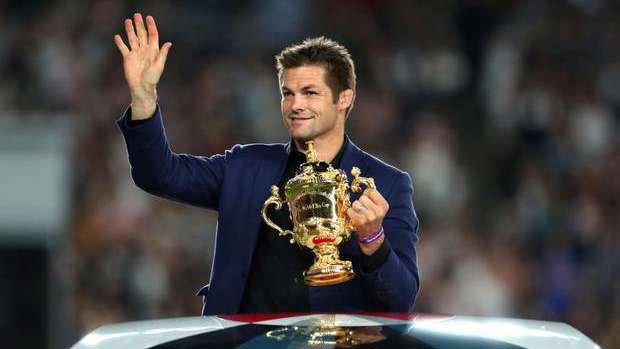 The All Blacks have officially given up possession of the Webb Ellis Cup after eight years - but not before former captain Richie McCaw had one last touch of rugby's most coveted prize.

McCaw and Japanese skipper Michael Leitch were driven onto the pitch moments after the Springboks were crowned World Cup winners with a surprise 32-12 final victory against England in Yokohama on Saturday. 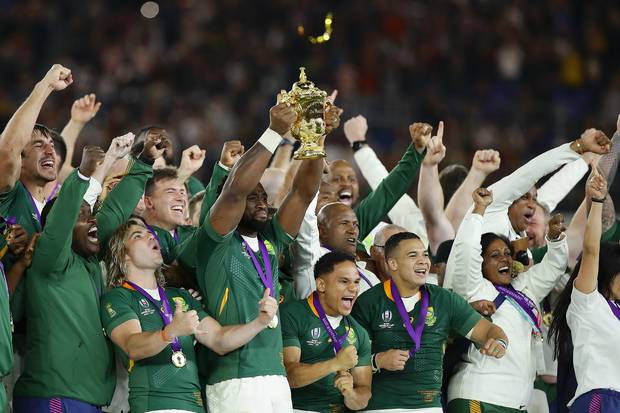 The Springboks now join the All Blacks as the most successful team in World Cup history with three victories. Although The All Blacks may have failed in their efforts to claim a third successive Rugby World Cup on the field, they continue to win accolades off it.

Following the Springboks' sensational win over England in last night's World Cup final, the All Blacks' message of congratulations has set Twitter alight.

Our fiercest rival on the field, but always a friend off it.
Congratulations to @Springboks on winning the 2019 Rugby World Cup. Enjoy every moment. 🇿🇦#RWC2019 pic.twitter.com/oY19ZqQWS5

"Our fiercest rival on the field, but always a friend off it. Congratulations to @Springboks on winning the 2019 Rugby World Cup. Enjoy every moment," the All Blacks' official account tweeted.

It's since been liked more than 30,000 times. Great sportsmanship as always.

This article was first published at nzherald.co.nz and republished here with permission.