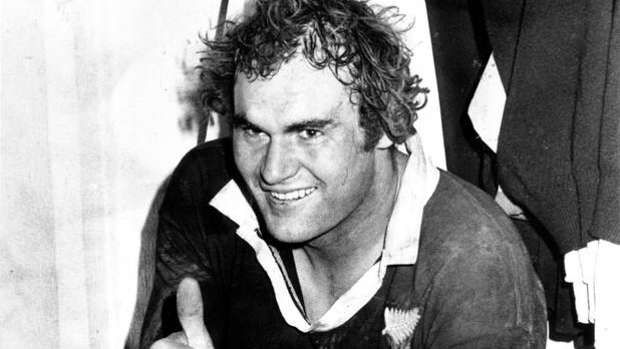 All Blacks legend Andy Haden has died at the age of 69 after a long battle with cancer.

Last week, a spokesperson for the family confirmed to the Herald that he suffered a cancer relapse and was "gravely ill".

"Andy is gravely ill and the family would appreciate that their privacy is respected at this difficult time," they said last week.

In 2003 Haden confirmed to the Herald on Sunday he had chronic lymphocytic leukaemia and was undergoing treatment.

He also captained the All Blacks on eight occasions.

Haden played a part in one of the All Blacks' most controversial wins in the 1978 test against Wales in Cardiff when he dived out of the lineout and gained a penalty for Brian McKechnie to kick the winning goal.

Haden says the idea developed as a remedy for the repeated obstruction the All Black jumpers faced throughout the tour and when he dived, referee Roger Quittendon told him he had penalised his marker, Alan Martin, for the foul.

After his rugby career he ran a celebrity management service, with clients including Kiwi supermodel Rachel Hunter.