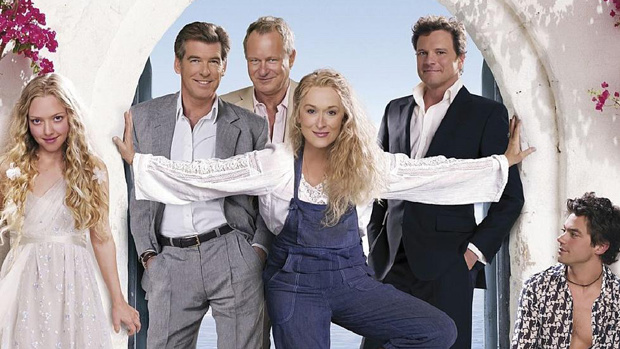 Hot on the heels of Colin Firth saying he would return for a third Mamma Mia! film in a heartbeat, Amanda Seyfried has now shared her thoughts.

In a new interview with Variety, the 36-year-old actress - who played Meryl Streep's Donna Sheridan's daughter Sophie in the Mamma Mia! films - was asked about the possibility of a third instalment of the franchise.

To which she replied that if the idea was put forward, she’d be eager to reunite the cast for another pop-filled outing.

"They’ve just got to come up with an idea. Where do you send it? I don’t know. Who cares? The plot doesn’t even matter at this point. ABBA has got new songs, throw them in there, get the cast together again."

She then quickly added her one condition for the third film: "Meryl will absolutely come back for the entirety of it… or else.

"Listen, it’s very indulgent for us. We just want to go back to Greece and dance around, and then people will love that. So we would be doing a service to ourselves and to the fans," she continued to the publication.

Seyfried also revealed she doesn't want to wait another 10 years for the next instalment.

"I'll have two kids and still be married to Sky," she theorised about her character. "We'll go back to Greece and sing more songs, and Meryl will be a ghost because she's dead. Or maybe she comes back as Donna's twin sister or something. She would have to do it."

While the fate of the third film remains entirely unknown at this stage, with the global pandemic seemingly having delayed any further development on the project, Judy Craymer - who produced the feature films Mamma Mia! and Mamma Mia: Here We Go Again!, as well as the original West End musical - has always thought of Mamma Mia! as a trilogy.

She also revealed she would love the entire original cast - including Cher, Streep, Christine Baranski, Amanda Seyfried, Colin Firth, Julie Walters, and more - to return for a third film.

Both Mamma Mia! films were huge box office hits, with the 2008 film and its 2018 sequel earning just over $1billion worldwide between them.

Craymer created Mamma Mia! after securing the rights to ABBA’s music following her working relationship with Benny Andersson and Björn Ulvaeus on Chess.