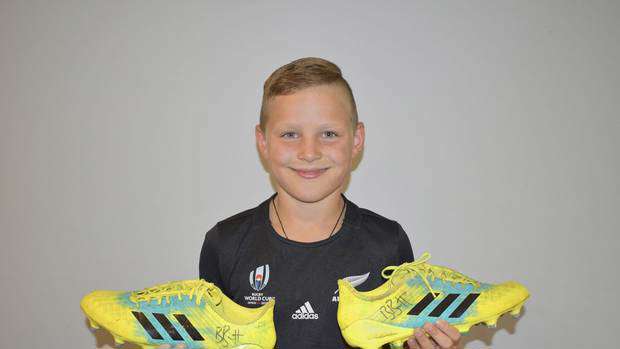 Riley Dickey, the 10-year-old boy from Wellington who auctioned off his treasured Beauden Barrett boots to help the koalas suffering from the Australian bush fires, raised $3150 to help the animals.

The money will go straight to the WWF Koala Fund and Riley will have to part with his boots, which sold on Trade Me to the highest bidder, a New Zealander living in Australia.

I’m so excited to have raised a total of $3,150 for the @wwfnz Koala fund. Thank you to everyone that helped me by sharing the auction on Facebook, Instagram, the radio and newspapers, and a big thank you to the auction winner and the other people who also provided me with donations. I can’t wait to be able to meet with the people from NZ Wildlife next week and give them the money. 👍🐨

Riley has maintained he was happy to sell the boots if it meant he could raise funds for the affected animals and, between the $2500 the boots sold for and the extra $650 he raised, Riley will definitely be making a difference. 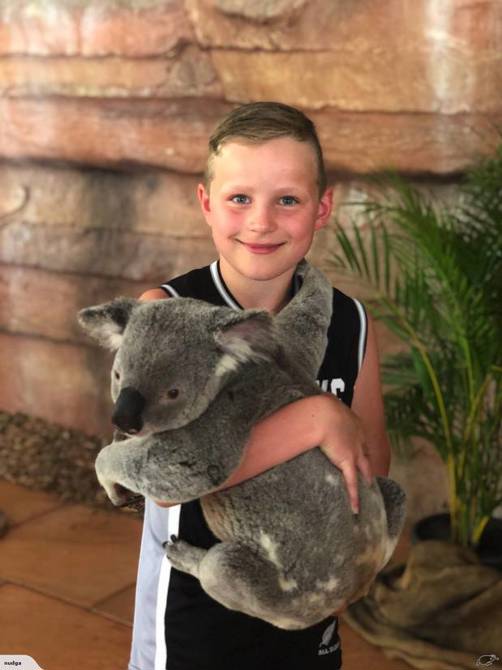 What's even better: Barrett has told Riley he will send him a new pair of boots, so the young rugby fan will not be left empty-handed.

Riley made headlines a couple of weeks ago when he listed his prized possession on Trade Me: the boots worn by Beauden Barrett during the 2018 Super Rugby and All Blacks season.

The Adidas boots have had pride of place in Riley Dickey's bedroom, until the boy decided helping the koalas was more important than any object, however treasured. Beauden Barrett has shared the auction on his social media. Photo / Trade Me

"In 2018 I was really lucky to be given a pair of signed Adidas Rugby boots from Beauden Barrett which he wore during the 2018 Super Rugby and All Blacks season," he explained in the listing.

"These boots have sat on my bedroom rugby memorabilia display ever since that day."

"I would really appreciate it if you would consider bidding on this auction. You will not only be receiving a pair of signed Adidas Rugby boots worn by Beauden Barrett, the world rugby player of the year two years in a row, but you will also be helping support urgent and vital veterinary care across Australia, helping provide wildlife food and water for those animals who are starving in bush fire impacted regions, helping perform rapid assessments of fire impacted areas, and helping restore what has been lost once the fires stop," he added.

Barrett himself endorsed the auction, sharing a link to it on his Instagram page when the auction was listed.

This week, he left a comment on Instagram, letting Riley know he'd be sending him another pair of boots.

This article was originally published by NZ Herald and reproduced here with permission.