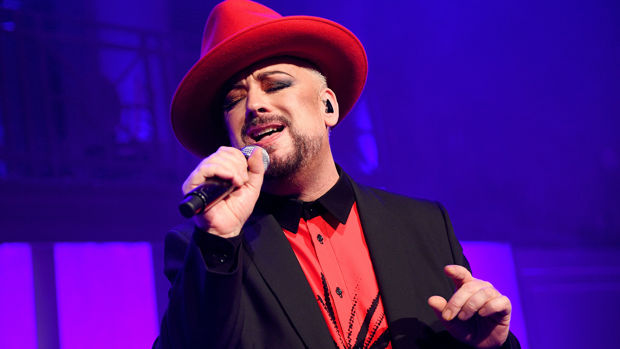 Boy George is set to be the subject of a new biographical film and now he's on the hunt for someone to portray him on the big screen!

Taking to Instagram, the Culture Club frontman announced the exciting news he and the producers of his upcoming biopic Karma Chameleon have begun an international search to find the actor to play him in a new movie about his life.

He also announced actor Danny Mays will play the role of his father.

"Now with Millennium Media coming on board, all of the elements are in place and I look forward to finding a dynamic lead," producer Kevin King Templeton said of the announcement.

"Having spent time with George over the last four years developing the film, it is important to me that his story gets told in a way that honours him."

It was previously reported that the untitled film will chart the 59-year-old singer's childhood in a working-class Irish family through his rise to stardom along with Culture Club in the '80s.

The film is also expected to explore his struggles as a gay man, and the way his flamboyant image affected his career prospects.

Sacha Gervasi - who has previously worked on My Dinner with Hervé, Hitchcock and Anvil! The Story of Anvil - will write and direct the film, with Kevin King Templeton and Paul Kemsley producing, and George and Jessica de Rothschild on board to executive produce.

It is not yet known when the movie will be released.