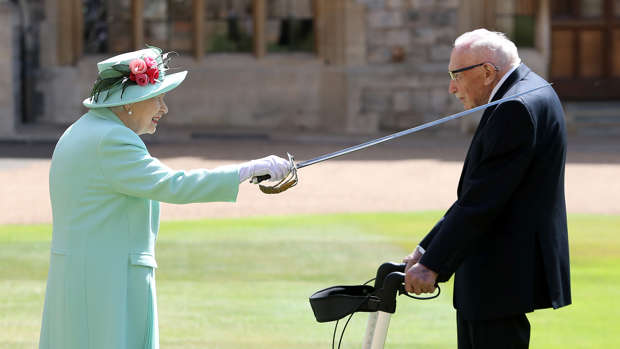 The beloved WWII veteran - who raised over £32million for the NHS by walking laps of his garden – has officially been knighted!

Moore, who was made an honorary colonel on his 100th birthday, was knighted in a "unique ceremony" at Windsor Castle by Queen Elizabeth II at her first official engagement in person since lockdown.

The Queen used the sword that belonged to her father, George VI, to bestow the insignia of Knight Bachelor upon Moore.

Her arrival was announced by the sound of bagpipes played by the Queen's Piper, Pipe Major Richard Grisdale, of the Royal Regiment of Scotland.

Buckingham Palace said it was the first time the ceremony had been held in the strictly socially-distanced format.

Speaking about the day, the 100-year-old said: "I am absolutely overawed.

"This is such a high award and to get it from Her Majesty as well, what more can anyone wish for? This has been an absolutely magnificent day for me."

The Queen personally praised Moore, telling him: "Thank you so much, an amazing amount of money you raised."

Thank you @RoyalFamily.
I have been overwhelmed by the many honours I have received over the past weeks, but there is simply nothing that can compare to this, I am overwhelmed with pride and joy. #WindsorCastle https://t.co/gf8IJ1kVkk

Moore was joined at the ceremony by his family - daughter Hannah Ingram-Moore, son-in-law Colin Ingram, grandson Benjie and granddaughter Georgia.

Under Ministry of Defence protocol, his official title will be Captain Sir Thomas Moore.

Moore was personally recommended by British Prime Minister Boris Johnson for the knighthood.

He said: "Colonel Tom's fantastic fundraising broke records, inspired the whole country and provided us all with a beacon of light through the fog of coronavirus.

"On behalf of everyone who has been moved by his incredible story, I want to say a huge thank you. He's a true national treasure." 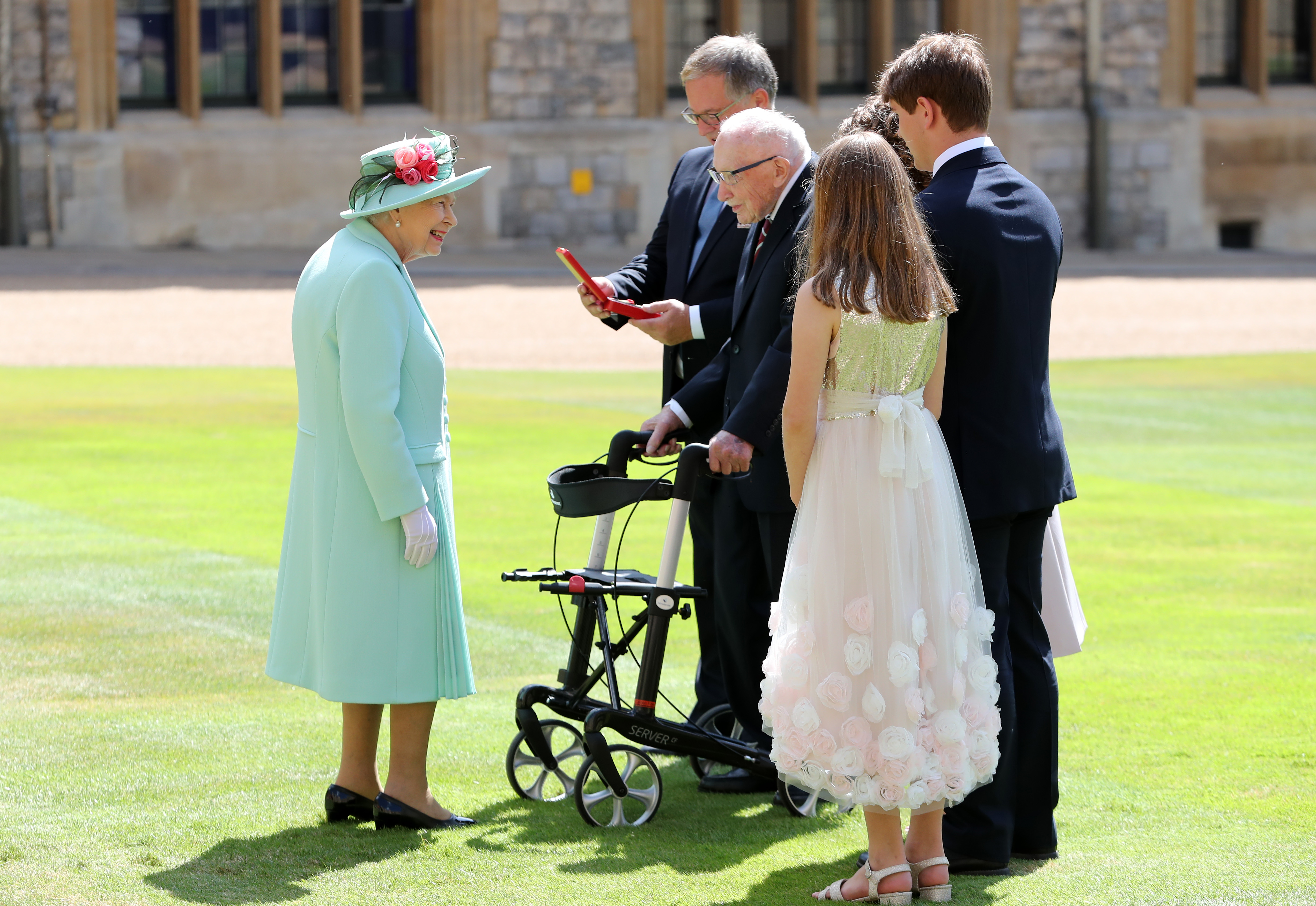 He beat this target by April 16 and his modest target of raising £1,000 was smashed.

He now holds the Guinness World Record for "most money raised by charity walk (individual)."