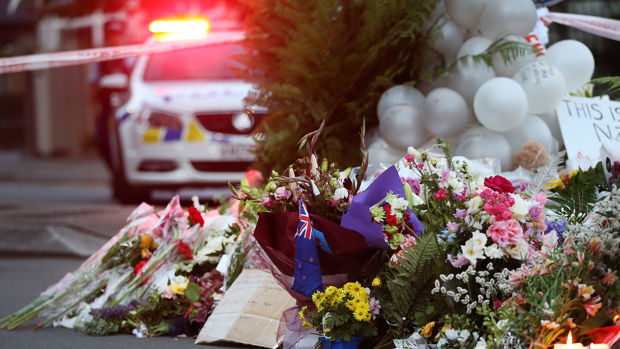 The accused gunman has today denied being the Christchurch mosque terror attacker and will stand trial in May next year.

The 28-year-old Australian national entered not guilty pleas during a short appearance at the High Court at Christchurch this morning.

Wearing a grey sweatshirt and straining to hear discussions, he was not in the courtroom but instead appeared via an audio visual link from Paremoremo Prison in Auckland.

The courtroom was filled with victims – survivors and family members of the 51 killed during the March 15 attack at two Christchurch mosques – with many more watching from two overflow rooms inside the courthouse via an audio visual link.

They reacted with gasps when the not guilty pleas were entered.

A trial date of May 4 was confirmed by Justice Cameron Mander. Crown believes the trial could last around six weeks. Defence counsel Shane Tait believes it could take up to three months.

The accused was remanded in custody to a case review hearing on August 16 at 9.15am.

Justice Cameron Mander said the court has received two health assessors' reports that were ordered at the last court hearing under section 38 of the Mental Health Act to determine whether the defendant was mentally fit or impaired and whether he is mentally able to enter pleas to the charges.

The judge confirmed today: "No issues arise regarding the defendant's fitness to plead, to instruct council and to stand trial. Therefore a fitness hearing is not required."