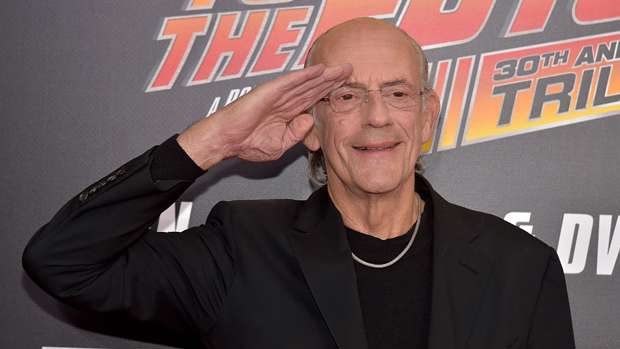 The 81-year-old actor starred as Emmett 'Doc' Brown in the iconic film trilogy between 1985 and 1990, and has now said he would love for there to be a new instalment to the franchise, although he doesn't think it will happen.

When asked about the possibility of a fourth movie, he said: "Possibly, but I don't think that's going to happen, I think they felt that three was decisive. But you never know, maybe somebody will tap the writer on the shoulder and say, 'How about this?' And if it appeals then we're on our way."

Christopher said he spent his "lifetime" hoping for a role like Doc Brown, and can't help but feel immense joy looking back at his time as the beloved scientist.

He added: "You spend a lifetime as an actor hoping something like Back To The Future comes along, and it came along and it just keeps running.

"Doc Brown is constantly trying to figure something and he's obsessed with time travel and then he makes a time machine and if someone doesn't press the right button at the right time then we're all done for, so he has constant anxiety ... Doc has so much to do in such a short lifetime so he is constantly hustling constantly out of fear that something is going to go wrong."

And although the star always "hoped" the franchise – which is being turned into a musical set to debut in February next year – would be successful, he never expected the magic of the series to last for over three decades.

Speaking to BBC Radio 2, he said: "When we were doing the film we all hoped for a solid opening and a solid run, there was no anticipation that our run would last 35 years later or that there'd be a musical."