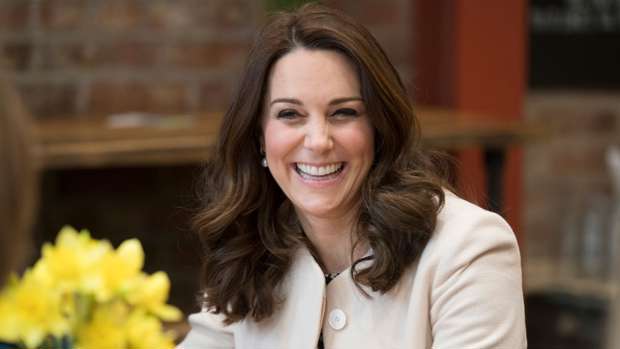 Kate Middleton has stunned shoppers by stepping out in her local supermarket to shop for Halloween costumes.

The "down-to-earth" Duchess of Cambridge was spotted browsing for costumes in her local Sainsbury's department store in Norfolk, where her and William have a country home.

Another shopper told The Sun that Kate was with her two eldest children, Prince George, six, and Princess Charlotte, four - who are currently on school holidays. The royal kids were spotted eating out of lunchboxes at the polo in July. Photo / Getty Images

"It was lovely to see her [Kate] just being a normal mum shopping with her kids," she said.

"I love how she [Kate] just goes about her normal life, she is so down to earth."

Royal fans have since praised the mum of three for doing her own supermarket shopping, and for being "relatable".

"Over the years I've enjoyed seeing pics of Kate going about routine things like shopping," one follower wrote on Instagram.

"She is a perfect representative of the Crown while on royal duties, and just relatable Kate when not on duties."

Kate is often praised for being thrifty - she often repeats outfits, did her own make-up on her wedding day and was recently photographed giving her kids packed lunches at the polo.

The Cambridges are often spotted out and about in their neighbourhood, as royal expert Phil Dampier says William and Kate are trying to ensure their three kids are getting "as normal a childhood as possible".

This article was originally published at nzherald.co.nz and reproduced here with permission