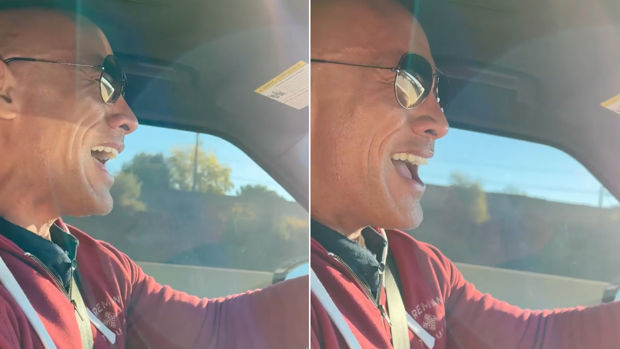 It turns out Dwayne 'The Rock' Johnson is a big George Michael fan!

The pro-wrestler turned actor delighted fans this week with a rendition of the late singer.

Taking to Instagram, the 49-year-old shared a video of himself belting out Michael's single 'Kissing a Fool' while driving in his truck.

In the clip, Johnson can be seen holding an energy drink as he passionately sings the 1988 ballad.

Johnson explained in the caption that the song is one of his all-time favourites.

"Pick up truck rollin' as the soul & vibe just takes over," he wrote alongside the video.

"We took a little road trip and start singing songs ~ and I start groovin’ to one of my ALL TIME FAV songs, from one of the 👑’s George Michael.