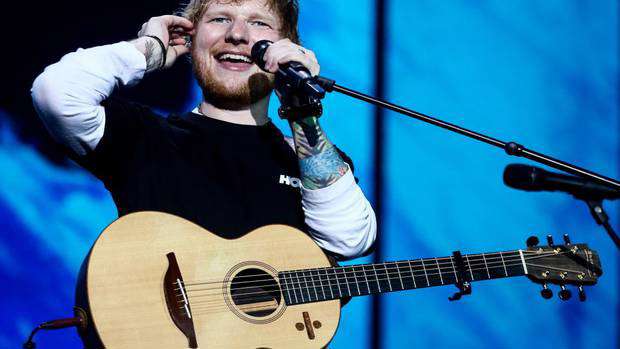 Ed Sheeran has been teaching school kids in isolation how to play guitar.

The Shape of You hitmaker joined his friend Timothy Spoerer, music director at Ecclesbourne Primary School, Thornton Heath, south London, on a Zoom call with the children, where he discussed his path to music and even taught the children to play his hit song, Perfect.

He said: "I basically wasn't very smart at school I thought I was an idiot for a very long time. I couldn't do Maths, Science and English and I was told to be successful in life you had to do those things. I loved playing music, that's what made me happiest. My dad always said to me, 'If you want to be a musician, work really hard at it.' I wanted to make music my job but it was a lot of hard work and struggling; essentially the way I got my income and paid my bills was by playing covers at weddings."

I recorded a live version of I Don't Care at @abbeyroadstudios a while back. Link in bio to watch it. Enjoy x

Sheeran admitted it would be a while until anyone heard new music for him as he wants to "get back to normal life".

He later added: "I won't be releasing music, not for a while - some time next year. I need a year off not doing anything. Getting back to normal life."

Back in August 2019, as he wrapped his huge Divide tour, he said he was taking a break from touring for "18 months".

Speaking in Chantry Park, Ipswich, he said: "As you may or not know, I've been on the Divide tour for over two years now and this is the last day of the whole thing. There is something very bittersweet about it. I love that you guys are here and we are ending it in Ipswich. This is my last gig for probably 18 months."