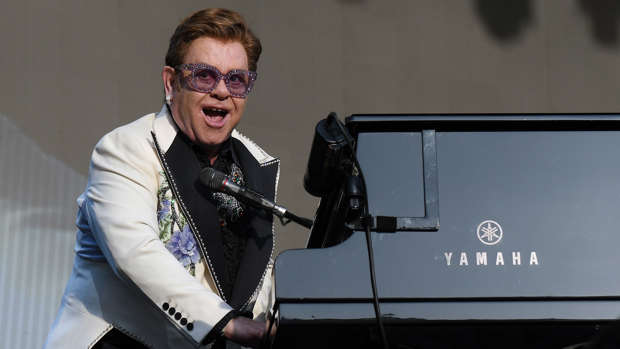 It may be one of his most-loved songs, but it seems Sir Elton John isn't a fan anymore.

The legendary singer recently revealed that he's sick of performing 'Crocodile Rock' at his concerts.

"I'm lucky to have so many great songs to play every night. But there is a point in time where you think, 'I don't really want to play this anymore'," the 73-year-old 'Candle In The Wind' singer admitted.

"There are things like 'Original Sin' or '(Gotta Get A) Meal Ticket' that I haven't really played before - not enough anyway.

"But if I have to go back and play 'Crocodile Rock' again, it's like, 'I'm gonna kill myself'," he added.

Recorded in 1972 at the Château d'Hérouville studio in France, the hit song spent two weeks at number one on the New Zealand charts.