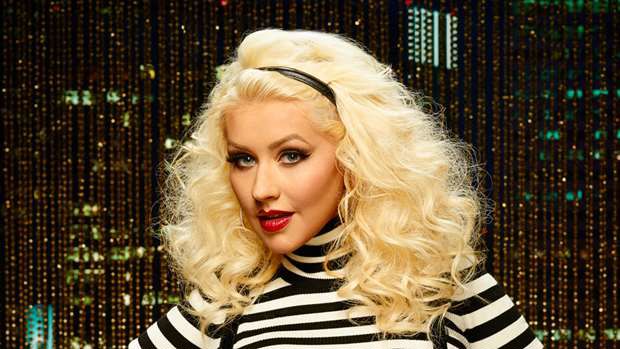 Christina Aguilera has always gone heavy on the makeup during her 20-year career in show business.

But for the May cover of Paper magazine, the Genie In A Bottle hitmaker had on not one bit of paint as she was seen in extreme close-up, according to the Daily Mail.

The siren, 37, was almost unrecognisable as she held a manicured hand up to her naked lips, flashing not a diamond ring but a band that said MOM on it.

The cover line read Transformation and inside the photos by Zoey Grossman showed more of the same, though in some frames she was heavily made up.

In the makeup-free shots, Aguilera interestingly has freckles which fans have not seen before as they are always covered up.

The Stripped hitmaker also had her blonde hair worn naturally in one set up as little wisps surrounded her face.

"I've always been someone that obviously loves to experiment, loves theatrics, loves to create a storyline and play a character in a video or through stage," the Dirrty singer told the magazine.

"I'm a performer, that's who I am by nature. But I'm at the place, even musically, where it's a liberating feeling to be able to strip it all back and appreciate who you are and your raw beauty," remarked the Lotus singer.

But she says she will be back to her heavily painted look very soon as she still loves makeup.

"I mean, I'm a girl that likes a beat face, let's not get it twisted," she explained with a laugh.

In another setup, the Lady Marmalade singer had her hair in a short style with very short bangs, and again she had no makeup on.

Hang on to your wigs... Season X of @RuPaulsDragRace is on now! #DragRaceXtina

Another setup saw her with curly short hair as she modelled a Burberry plaid shirt that fell off her shoulders.