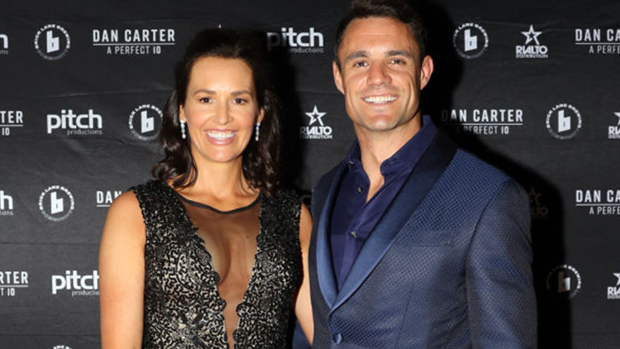 Congratulations are in order for Dan and Honor Carter as they have welcomed baby number four into the world.

The former All Black took to social media to announce the arrival of a baby boy named Cruz Charles Carter.

Alongside a black and white photo of their three older sons admiring the family's newest addition, Dan wrote: "Cruz Charles Carter ⭐️ Born 10 June. @honorcarter you are a rockstar!

"Marco, Fox and Rocco adore their youngest brother. The fourth time is just as special as the first, second and third. We couldn’t be happier and more grateful for 4 happy healthy boys."

The former All Blacks playmaker made his test debut for the national side in 2003.