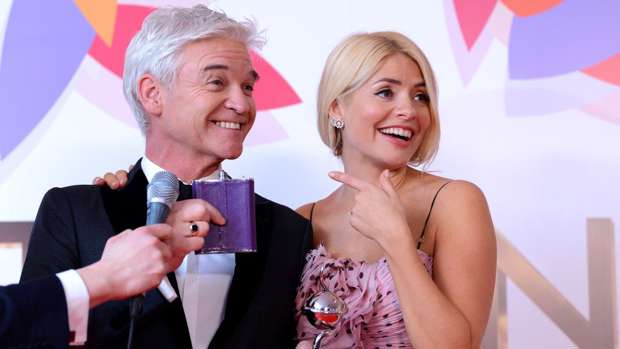 Holly Willoughby and Phillip Schofield pose with the Daytime Award in the winners room during the National Television Awards. Getty Images

Popular UK TV show host Phillip Schofield has thanked fans after announcing he is gay saying "you will never know how important your support has been".

The co-presenter of ITV's This Morning has been overwhelmed by the positive response from loved ones, friends and fans after revealing his sexuality in a statement released on the show's Twitter account.

Schofield has been married for almost 27 years and paid tribute to his family, who he says support his decision. 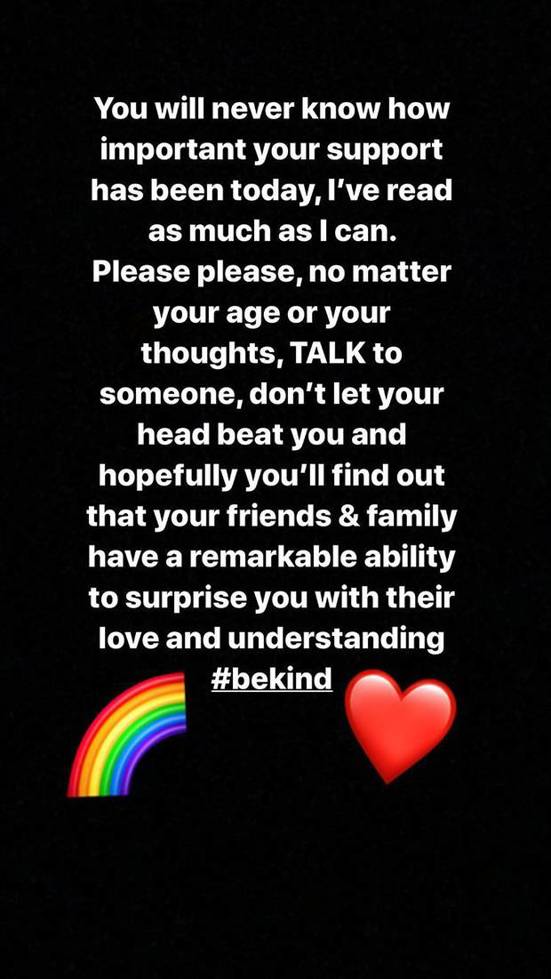 "With the strength and support of my wife and my daughters, I have been coming to terms with the fact I am gay," the 57-year-old TV host said.

Schofield has since taken to social media to thank his fans and has urged others struggling with their sexuality to follow his lead, encouraging people to open up to family and friends.

"I've read as much as I can. Please please, no matter your age or your thoughts, TALK to someone, don't let your head beat you and hopefully you'll find out that your friends & family have a remarkable ability to surprise you with their love and understanding."

A statement from Phillip pic.twitter.com/iIE7NcLZ2I

Schofield added the hashtag #bekind to the end of his post along with rainbow and heart emojis.

He also tweeted a message of thanks to his fellow presenters Eamonn Holmes and Ruth Langsford for being "utterly magnificent with me today."

"Can I just say that @EamonnHolmes & @RuthieeL were utterly magnificent with me today, privately downstairs just the three of us and upstairs in front of the world," he wrote.

"I couldn't have hoped for a better, calming and loving set of hugs and support, I adore them both.

"And for the record, @EamonnHolmes made me laugh, he lightened a very emotional moment and I'm very happy that he did."

1/2 Can I just say that @EamonnHolmes & @RuthieeL were utterly magnificent with me today, privately downstairs just the three of us and upstairs in front of the world. I couldn’t have hoped for a better, calming and loving set of hugs and support, I adore them both.

After making his announcement Schofield was interviewed on This Morning, explaining he had "never had any secrets" from wife, Stephanie Lowe.

Speaking with emotion, Schofield told This Morning co-host Holly Willoughby: "This is tough. This is not something that has happened quickly. I've had to deal with this in my head for quite some time.

"We have gone through this together. We have been very open and very honest.

"I cannot write in any statement how I feel about that woman. She is amazing. She is literally astonishing."

Explaining his decision to come out now, Schofield said he had been living a lie.

Never been more proud of my friend than I am today. We’ll be together at 10am on This Morning x

"I wasn't being honest with myself," he said. "You know this has been bothering me for a very long time.

"I think everybody does these things at their own speed, in their own time, when they feel the time is right.

"There is no question that it, in recent times, has consumed my head. And has become an issue in my head.

"All you can be in life, is honest with yourself. And I was getting to the point when I knew I wasn't honest with myself.

"I was getting to the point where I didn't like myself very much because I wasn't being honest with myself."

Willoughby later shared her support in an Instagram post, writing: "Never been more proud of my friend than I am today."

Schofield has dual British and New Zealand citizenship. He grew up in New Zealand and began his career in TV here before moving back to the UK.

In New Zealand, he had his first TV job as the initial presenter of the youth music programme Shazam! in 1982. He also spent two years working for Radio Hauraki, before moving back to the UK in 1985, where he became the first in-vision continuity presenter for Children's BBC on weekdays.

This article was originally published by NZ Herald and reproduced here with permission.