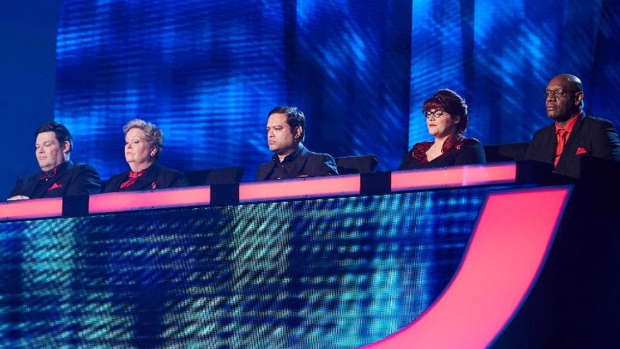 Last year, The Chase fans received the exciting news that Bradley Walsh, Anne Hegerty and her fellow famous Chasers were going to be starring in a new spin-off show!

And now we've had our first look at brand the new series, Beat The Chasers.

Along with Hegerty, Mark 'The Beast' Labbett, Paul 'The Sinnerman' Sinha, Shaun 'The Dark Destroyer' Wallace and Jenny 'The Vixen' Ryan have all united for the five-part series, which sees brave contestants taking on all the brainiacs at once to win a huge cash prize.

Releasing the trailer for the show, ITV describes it as "a brand new prime-time spin on the smash-hit quiz show The Chase, challenging contestants to take on two, three, four or all five Chasers at once."

Set to make its debut in the UK on April 27, Walsh described the new show as the "daytime show, but in reverse" format.

Contestants will be called down from the studio audience to take part in a Cash Builder round, where they'll face five multiple-choice questions to win up to £5,000.

Hopefully, it comes to New Zealand television screens too!