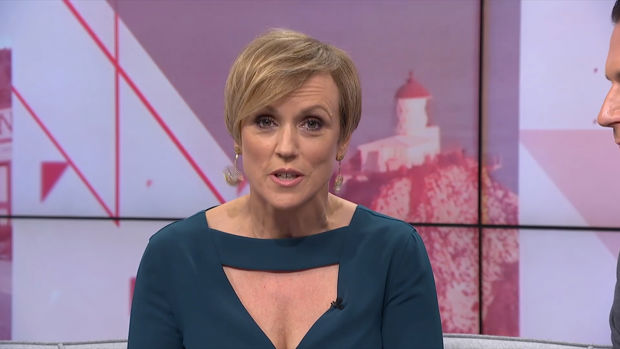 One Seven Sharp viewer, who had a gutful of seeing Hilary Barry's cleavage, was moved enough to make a complaint to the show.

During Wednesday night's episode, Barry's co-presenter Jeremy Wells read out an email from a viewer named Barbara with the subject header 'Hilary's cleavage,' in which she claimed to have been "assailed' by Barry's preference for plunging necklines and choice of chesty clothing.

Barry looked on bemused by all the hub-bub brought about by her boobs before responding with: "They're just boobs and half the population have them. Barbara has them."

In her email, Barbara accused Barry's low-riding of being unprofessional and expressed dismay that such a display could happen amongst the social movements of today.

"We are being assailed by more and more of Hilary in low-cut tops exposing her cleavage. Unfortunately, it's become a worldwide trend which is mind-boggling considering we have the #MeToo movement trying to stop women being treated as sex objects,' she wrote.

But Barry wasn't having a bar of it.

"Well here's the thing Barbara, I'm just a middle-aged mother of two who slapped on some lippy and a pretty top to look presentable for the nation," she said before adding, "I'm sorry that you find my boobs offensive."