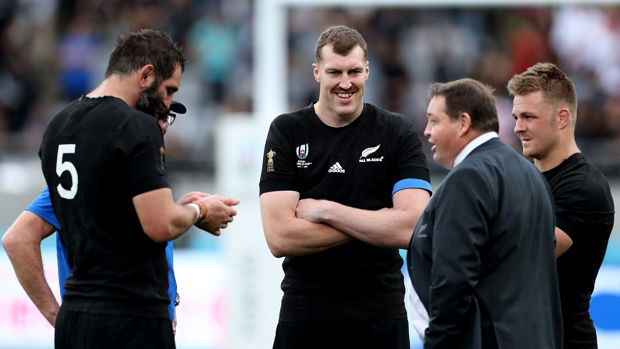 The Irish are having a crack at the All Blacks, again ...

Joe Schmidt tried his best not to get drawn into the controversy surrounding Typhoon Hagibis as he named his team to face Samoa, but eventually, he claimed that England and New Zealand had been handed a clear "advantage" heading into the quarter-finals with their final pool games having been cancelled.

When asked whether the tournament was still a level playing field, Ireland's head coach said he had noted Eddie Jones' remark about the weather gods being on England's side and believed that they, and the All Blacks, will benefit from a longer build-up before their quarter-finals.

"I think when you've had a long lead-in like we've had and we've had some games concentrated together quite closely, I think it's always an advantage to get a longer lead-in," he said.

READ MORE:
• Sonny Bill Williams hits out at Instagram after photo of him praying before rugby game was removed
• Air New Zealand staff farewell the All Blacks with powerfully passionate haka at Auckland Airport

"That would be my personal opinion.

"I think it would be the opinion of any coach that you ask."