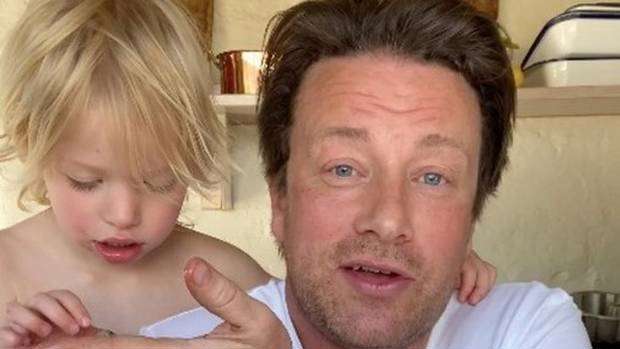 Jamie Oliver says homeschooling his children has been "misery".

The 45-year-old celebrity chef has Poppy, 18, Daisy, 17, Petal, 11, Buddy, nine, and River, three, with his wife Juliette Norton, and has said that whilst some of his brood were given plenty of work to keep them going throughout the coronavirus lockdown, some other teachers have left him to fill in the gaps himself.

He said: “I had one kid that had really good home-schooling and one that was, kinda, left to it. I think for parents all around the country, home-schooling has been a blend of misery and, and misery.”

When he’s not homeschooling his children, Jamie has been helping his son Buddy with his Cooking Buddies video series, in which he gets kids around the world to send in videos of them preparing family meals.

He added during an appearance on Magic Radio: “We’re doing this thing called cooking buddies where we’re trying to get other kids from other countries all around the world to send in simple videos of family favourite meals. So, Buds has been doing, like, you know, a video a week and he’s been getting more views than me.”

Me and Buds want to get kids all around the world cooking and presenting their recipes!! It's amazing to see so many kids involved already. So get them cooking up their favourite recipes and share your videos and photos with us! Don't forget to tag me and our new Instagram account @cookingbuddiesclub, so we can see your posts x x

Meanwhile, Jamie could soon have to deal with six kids at home, as his wife Jools recently said she wants to have a sixth child.

She said: "I want to keep going until I can't. I will probably think about stopping wanting another baby when I am about 47.

"Jamie says, 'You can't put an age on it because you keep on talking about it' but just one more for River.

"I want to just stop bugging Jamie. But I feel like I don't know. I think one more.”

But she also admitted its "quite exhausting" having five children to look after.

"I could stay at home and be a full-time mum and it was all very lovely.

"But as you get on, it changes. It's a lot busier.

"River has the difficulty of a very large family, so he screams and shouts a lot.

"He is so over-excited by everything and hyper. He is a different child and I find that quite exhausting."