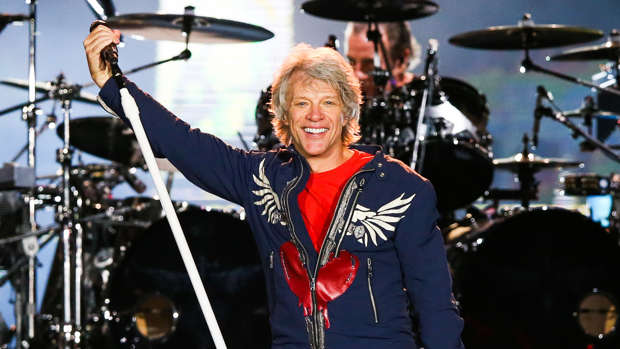 The 58-year old legendary rocker has just announced he will be performing a free online concert to raise funds for charity.

The set will be live-streamed on Friday 14 August on Hampton Water's Facebook page - his family's own brand of wine - beginning at 6PM ET (Saturday 15 August at 10AM NZT).

Prior to the show, fans can attend a virtual happy hour with Bon Jovi and his son, Jesse Bongiovi.

The pair will also field questions about Hampton Water and its new arrangement with World Central Kitchen.

The "virtual happy hour" will take place at Live Nation's site as part of its Live From Home series. You can send questions for the pair in advance.

Bon Jovi also announced he will donate $1 from every Hampton Water purchase made in the month of August to the World Central Kitchen, a charity that feeds those left hungry by the pandemic and other natural disasters.