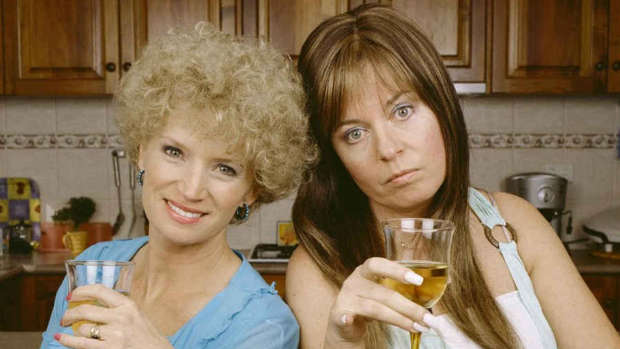 Beloved Kath & Kim star Gina Riley - who is best known for playing Kim on the iconic show - has left fans doing a doubletake after her daughter shared a family photo on social media.

The notoriously private 59-year-old star popped up on Instagram over Christmas, pictured with her husband, producer Rick McKenna, and daughter, actress Maggie McKenna.

However, after sporting the same brunette hair colour for as long as we can remember, Riley has decided to change it up and was instead seen with new peroxide blonde hair. "Oh haaii … Gina Riley is now rocking the grey/silver hair better than Trude," one fan commented on the photo after it was shared to a Kath & Kim fan page.

In 2018, Szubanski and Turner discussed the possibility of bringing the show back for a reboot.